I’ve had this truck for about 12 years now but my attraction to this body style goes back much farther than that. When I was a kid my grandpa had a blue 79 Chevy Scottsdale long bed that I just loved. He’d frequently take me for rides in it to the farm or just around town. As I was growing up I’d always wanted that truck but I never told him and he ended up selling it to a neighbor of his.

Fast forward a few years to September of 2003. My brother, who lives in Indiana, has a next door neighbor who had a clean looking white ’77 that was always sitting in front of his workshop behind his house. I frequently would tell my brother that he needed to buy that truck because it was much cooler than what he was driving at the time. One day he called me up telling me that his neighbor would be willing to sell it to me for $1000 and the wheels in my head started turning thinking about the opportunity and what I could turn the truck into. I quickly approached my dad about the possibility of turning the truck into a father/son project. Within a few weeks we drove out there to look it over and ended up driving it home. We drove it as is for a few months before it became very apparent that the tired 305 was not adequate with its leaky gaskets and lack of power so that winter we officially started the project by putting a 350/330 hp GM crate motor in it. Keep in mind that this is our very first project and if given an opportunity to do it over again we probably would have done the entire process in exactly the opposite sequence than we did it!  With the help of a buddy the three of us got the new motor in within a few months and the truck was already turning into a MUCH different machine than the one I’d bought from an old man in Indiana. During this phase we also had the TH350 rebuilt including adding a shift kit and 2500 stall converter (will come in handy for future performance upgrades).

As my creative wheels turned I’d then decided to tackle the interior next which would include a set of seats from a 2002 Silverado (bought from a fellow club member), a set of Dakota Digital gauges and all new interior trimmings from LMC. Everything that wasn’t covered by a trim piece or carpet we painted black which was a vast improvement over the original baby blue color. We had R&S Upholstery lay the carpet but outside of that we were able to complete the interior phase on our own with a little bit of help on the welding from another member of the club. This step also included a complete modification of the cab floor and also moving the gas tank to the rear of the truck in order to accommodate the seats. One thing I didn’t take into account when buying the seats is how they’d fit so we had to make them fit by cutting the floor and lowering it in key spots. This part of the project probably took us the longest due to the level of fabrication. We probably measured a half a dozen times or more before cutting just to ensure our measurements were correct.

It was driven like this for a couple of years until we decided to go ahead and tackle replacing all of the brake components on the truck. During this step, we decided to go ahead and put on our bed that we were going to use and replace the lines while the bed was off. During this process is when the bug really hit us to dive into getting the truck painted. At first I’d just thrown on the new fenders, hood, doors and bed and dropped the truck off at that body shop that I was going to use to paint the truck. They had given me an initial bid but after further investigation, they jumped that price up quite a bit so we trailered the truck back home again. At first, this really bummed me out due to some of his observations he’d made on the truck and I didn’t know how to do bodywork at the time so I didn’t know what was going to come of the project. It was at this time that I’d decided to just do the body work on my own and see where that got me. After about 9 months of work and many long Saturday’s the truck was finally ready, once more, to take to the body shop (a different one this time) to get a bid on getting color on the truck. The guy looked it over, gave us a bid, we agreed on when would be a good time to drop it off for him to work on and here we are today.

I’ve had the truck back since August 1, 2012, and I’m very happy with how far we’ve come with it. We’ve still got a few things we need to do before we can consider it “finished” but then again it’s never truly finished so I’m good with that. It’s been truly an awesome experience with my dad and will create some great memories and moments with my 4 sons as well! My hopes are the one day they’ll want to do a father/son project with me. 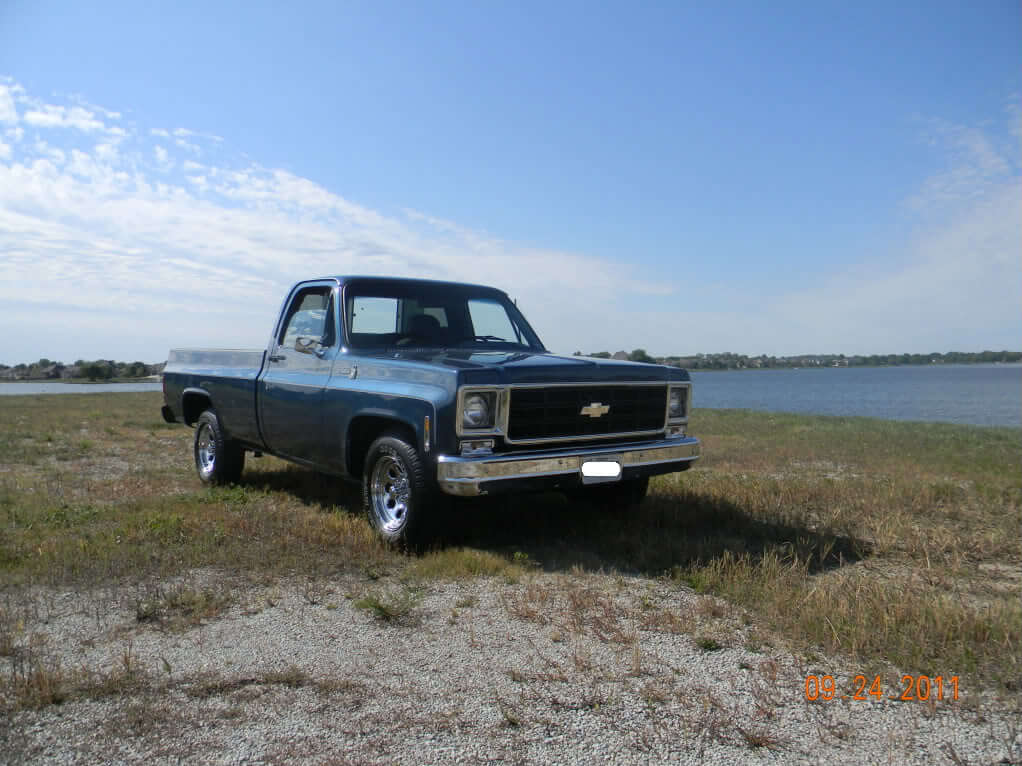 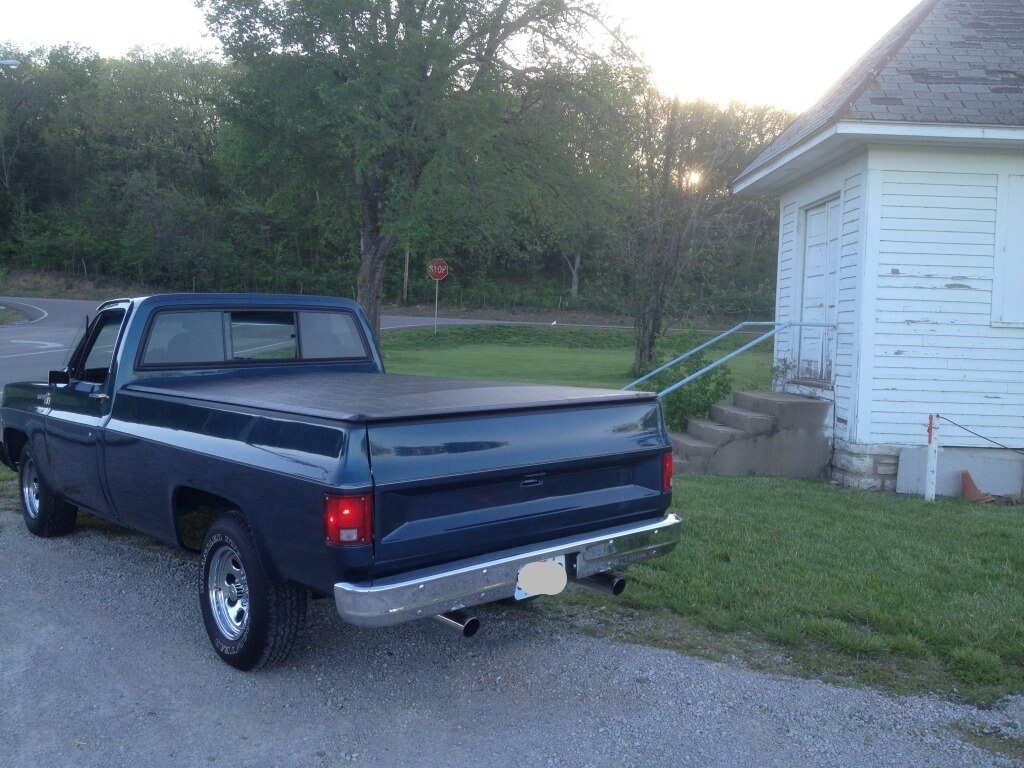 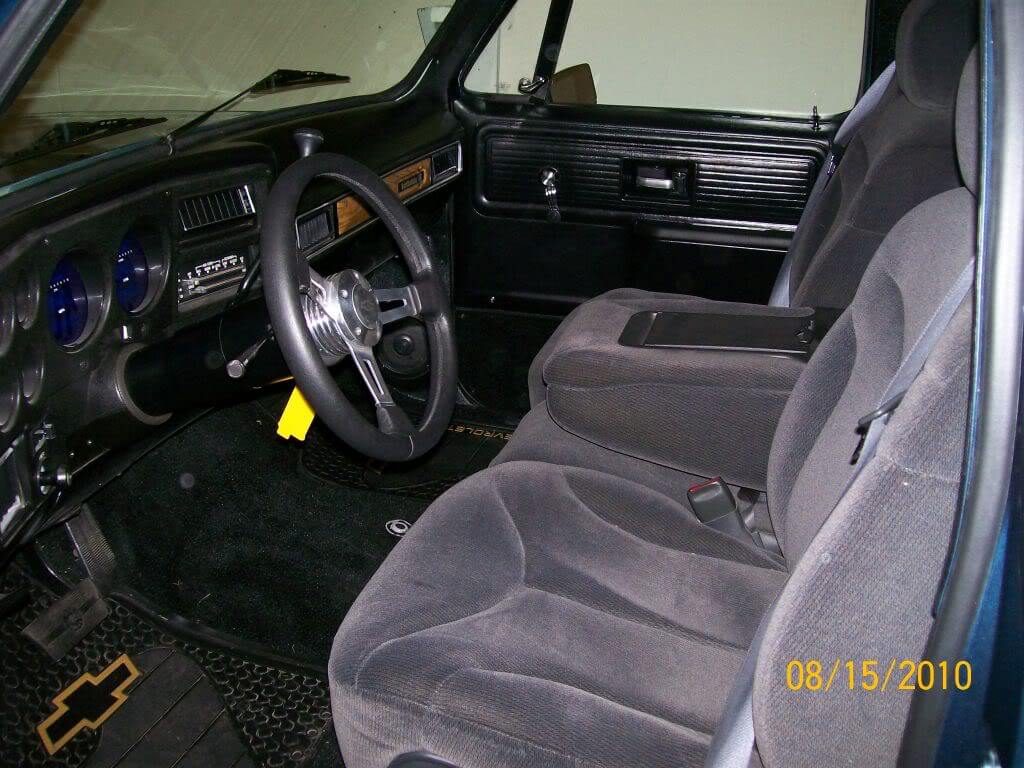 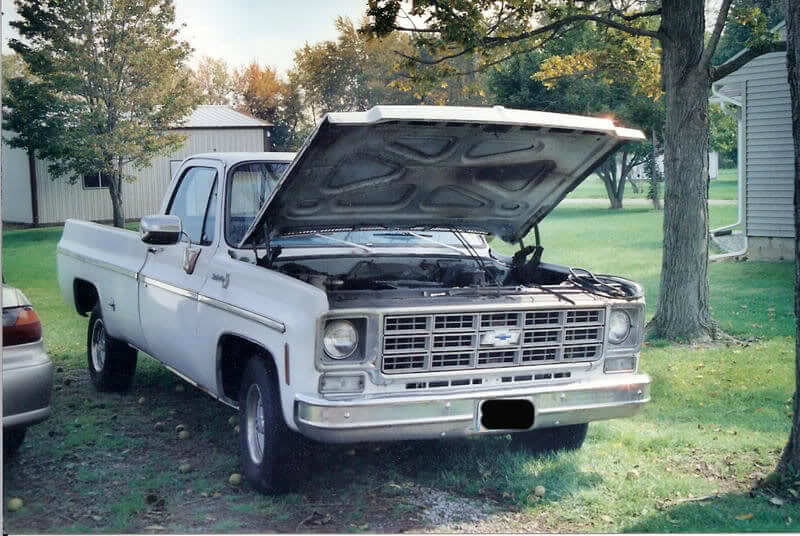